Godzilla in Chicago: a moonlight fantasy

By Me May 16, 2014 Akira Ifukube Anime Central Godzilla Gojira

At last night’s Anime Central welcome party for the guests, the star of the evening wasn’t any of us. It was the huge red moon that rose over distant Chicago and had us all grabbing for our cameras and phones.

And I thought, what a scene to open a new Godzilla movie.

Wide angle on a room full of elegantly dressed people clustered around a bar, a buffet table loaded with food; the sound of conversation, laughter, clinking glasses.

Pull back to take in the view behind them: they are at the top of a tower, with deep dark forest below them stretching all the way to the horizon, where distant Chicago glitters against the night sky like a pile of jewels hoarded by some mythical dragon.

Frame through one of the wide windows: right in the centre of the frame, a huge blood-red moon rises over the city, dwarfing the towers. The conversation falters, then rises again as guests grab their phones and cameras, awed and amazed by the magical sight of Nature’s majesty.

Faintly, rising slowly, a familiar Akira Ifukube theme begins to play in the background. Like a heartbeat that gets stronger and faster as danger looms on the horizon….

As the moon soars above the lights of Chicago, another shape rises against it: dark, menacing, a creature from a distant realm, far more terrifying than any mythical dragon.

Cut to the faces of the guests, registering awareness and dawning terror. Then a Japanese guest whispers “Gojira…”

I’m glad the ACen party didn’t end that way, but you have to admit it would be a great way to open a movie. 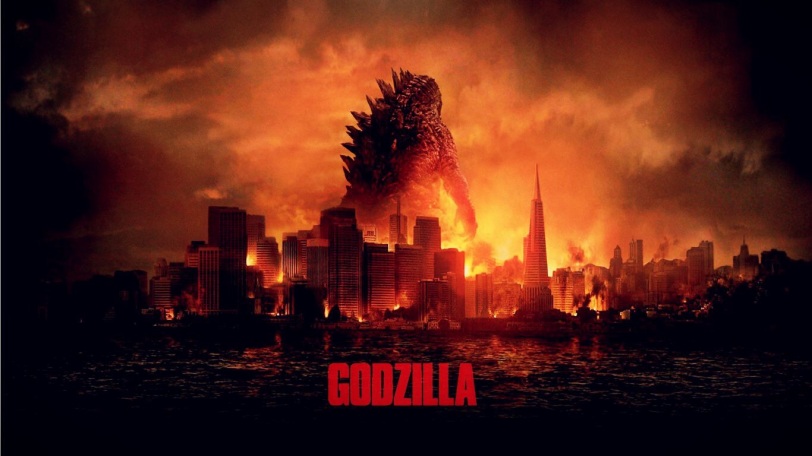