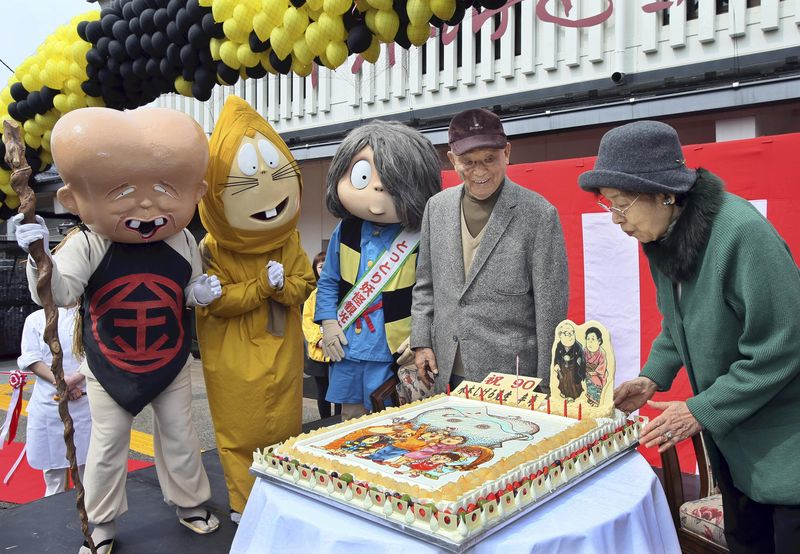 Shigeru Mizuki, the manga creator who died on 30 November, wasn’t always the genial bald elder of this 90th birthday snap. At 18, he was a typical high school student in what we would consider an untypical situation – in a nation at war, waiting to be drafted. 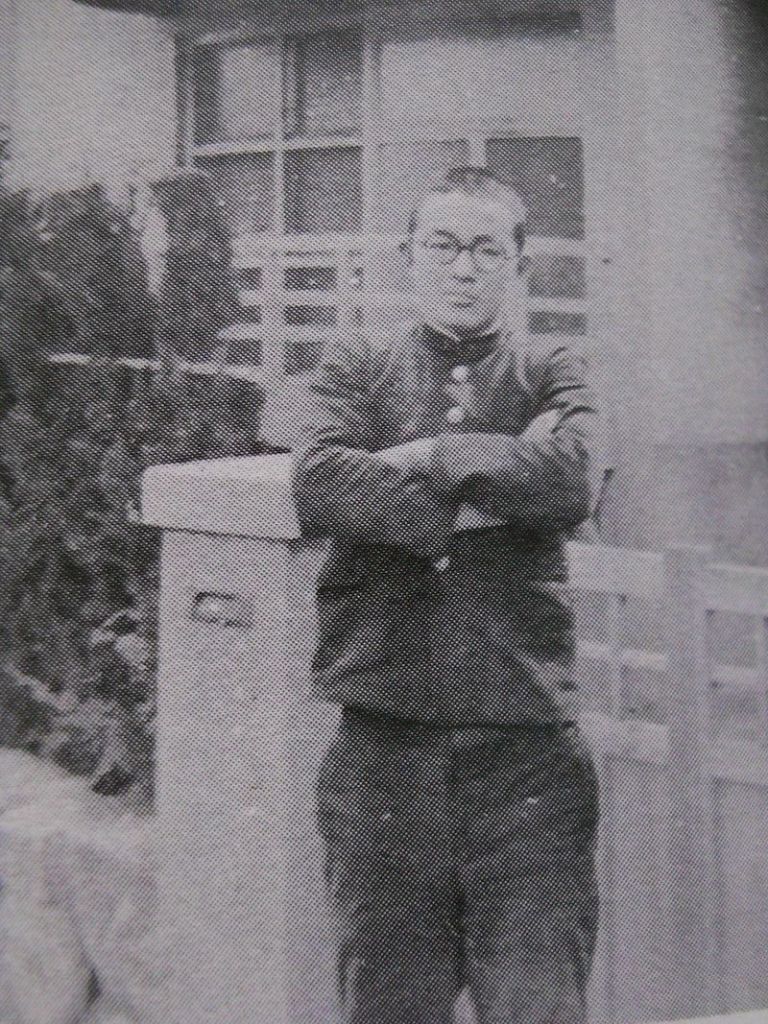 At 21, he was part of a platoon sent to the Pacific front. But before that, the war and the horror that would definitely come his way once he was drafted was much on his mind. His notes before he was deployed, which became public earlier this year, include some powerful poems.

Silent night, the sound of the pen writing.

In the background, death lurks like a silent night. 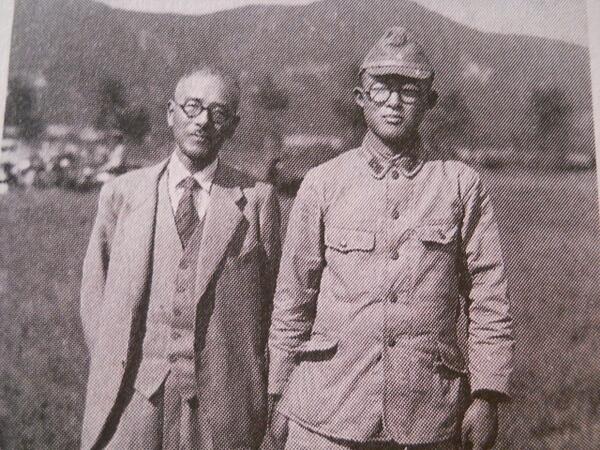 Just been drafted: Shigeru Mizuki with his father, 1943

This image showed up on Twitter from @ZackDavisson: a young man about to head off to war, snapped with the father he might not see again. By the time the war ended, Mizuki had lost an arm and gained a grim awareness of the vagaries of fate: he was the sole survivor of his platoon.

As Britain, America, France and their allies send more young men off to fight other young men and kill who knows how many innocent civilians as collateral, Mizuki’s pictures and notes are epecially poignant. He came back from the experience of war knowing to the core of his being that it is never a good thing.

I was at the Royal British Legion’s annual Christmas Gala last week – a glittering charity fundraising bash for the survivors of military service and the families of those who didn’t make it. It’s a magnificently worthy cause for people who deserve everything their country can give them.

We now fundraise for sufferers of post-traumatic stress disorder rather than court-martialling them. Yet reflecting on how our approach to war has changed since Mizuki’s days in uniform, I can’t see much that has changed for the better.

In World War II, in Korea and Vietnam, in all those other history-book combats, with a few shameful exceptions most families, high and low, committed their own blood and bone to the same risks. Many leaders, like Winston Churchill, had personal experience of frontline combat. They knew what they were asking, and they knew what it cost the givers.

The present-day leaders of America, Britain, France, Germany, the people who commit our troops to battle in our name, have, to a man and woman, no personal experience of combat, no children or spouses among the loyal troops they send to kill and die in our name.

I think of Mizuki and the ghosts who walked with him to the end of his days, and I can’t shake the feeling that somewhere along our path of grand intentions and moral certainty we’ve let them, and ourselves, down.

Wishing us all, wherever we are, whatever we believe, a peaceful holiday season with our loved ones.